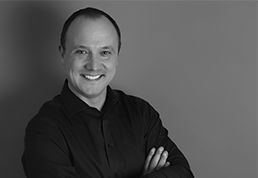 Søren Hjorth is a successful education and technology professional who now holds a master’s degree in advanced information technology and business management, but as a child, he got lost in the traditional education system.

Hjorth isn’t the type of dropout we talk about much. He had plenty of resources and a lot of support at home. In fact, his own father is an educator. But this self-described untraditional learner just never quite fit into school.

School Experience
Hjorth says he was often considered a problem child in the classroom. His teachers knew he was smart and understood the topics being covered. He even aced all his exams, but just couldn’t stay focused. He was one of those kids that was so smart, he became easily bored with every part of his school experience. This resulted in him becoming a huge disruption in the classroom—throwing paper, pestering the person next to him and reading books brought from home during lesson plans. Anything he could do to entertain himself, he did. His classmates began calling him “Al Capone” because the administrators knew he instigated trouble, but couldn’t seem to prove it.

Dropping Out
Ultimately, Hjorth says, he dropped out of school because he felt like he was wasting his time. He figured if he went out there, got a job and learned through his experiences, he’d be better off than staying in school where he read old books and sat for tests for which he prepared by memorizing but not learning.

Hjorth worked hard, typically 50 to 60 grueling hours per week. He spent his free time satisfying his thirst for knowledge by “hackschooling” to slowly build the knowledge he needed to succeed in his career.

The Stigma
Once Hjorth became a high school dropout, he was instantly labeled a loser (his word). Despite being able to articulate at the same level as colleagues with degrees, his superiors acknowledged they didn’t perceive him as smart or as capable as others. As he made his way through his career, each time he left a company he was told during an exit interview he wouldn’t get very far because he had no degree.

Back to School
When asked why he ultimately decided to go back to school and obtain his masters, Hjorth admitted it wasn’t because of his desire to learn. He did it to “shut people up.” He laments that after he received this degree, not a single person questioned his education or his ability. No one ever asked to see his diploma.

The Next Chapter
After having served in various high-level IT roles, Hjorth is bringing his skills back to education. His ultimate goal is to make education a fit for every individual, where they can learn at their own pace and never feel bored or unsupported. He especially wants to right the wrongs of traditional education for his own son, now age 2, so he doesn’t go through the same learning perils as his dad.

CuroGens Learning is more than aiding students to obtain their degree. It’s a paradigm shift to help individuals from all walks of life succeed. The company’s Advanced Learning Information System (ALIS) has been designed to address secondary school dropout rates and is based on a foundation of teacher training and certification. For more information or a free product demo, email us at learnmore@curogenslearning.com.