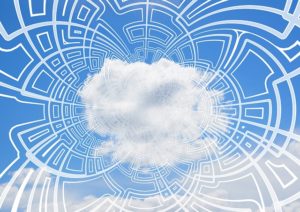 [August 2017] Sales for Microsoft’s cloud solution, Azure, are growing rapidly and even outpacing Amazon Web Services. In fact, Microsoft reported a 93 percent growth for the quarter ending in March 2017.

So why all the hype? Here are some benefits Azure offers:

.NET COMPATIBILITY
Azure was made to work with applications developed with the .NET framework. For .NET developers, publishing their applications to the cloud is surprisingly simple. With myriad of application deployment options for developers including App Services, Cloud Services, Function, Batch, Service Fabric and Container Service, Azure is the easiest choice for a company making the leap to the cloud.

Azure Stack
In a nutshell, Azure Stack optimizes scalability. It offers far more capacity for companies to host in the cloud without the burden of handling a large application with a lot of little instances. As Network World states, Azure is effectively Azure cloud brought into an organization’s own data center.

Microsoft has recently delivered the first release version of Azure Stack, allowing partners to begin shipping integrated systems with Azure Stack in September. Stack is a pay-as-you-go model, so businesses will only pay for what they’ve used.

The company has also released the Azure Stack Development Kit, a free single-server kit, which is now available for download.

Containers
Microsoft has just introduced Azure’s much-anticipated Azure Container Instances (ACI). Extremely fast and easy to use, ACI enables portability between platforms and clouds, and without any Virtual Machine infrastructure to manage.

Microsoft boasts that the Containers start in seconds and are billed by the second, so again, companies are only charged for exactly what they use.

In Other News
Microsoft has been busy with additional Azure offerings. The tech giant also recently announced App Service Isolated and the preview of App Service domain, as well as a public preview of Azure Batch Rendering.

Is your company ready to move to the cloud? CuroGens’ experienced virtualization and cloud professionals can get you there fast and securely, at the right price. Contact us today for a customized consultation at learnmore@curogens.com.